Pučišća lies at the end of a deep natural bay on the northern coast of Brač, which in the summer months gives its harbour protection from the winds of the open sea. The bay splits in two arms, Stipanska luka ('Stephen's harbour') to the east and Pučinski dolac ('Pučišća's valley') to the west. From the waterfront, the island rises quickly, giving the town an amphitheater-like appearance. Suggestively, the deepest point of the harbour is called Talija. 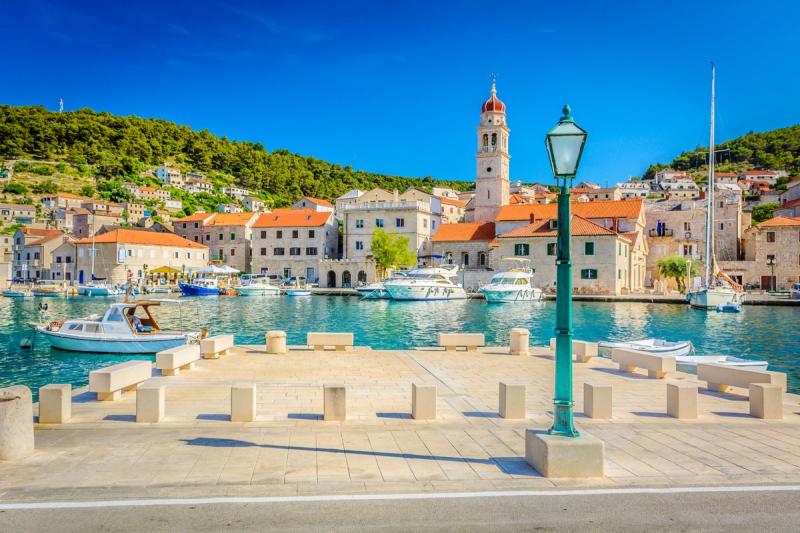